Antonio Conte recorded his third straight Premier League win as Chelsea cruised past Burnley 3-0 at Stamford Bridge, proving   the  safe bet of the week with 14 selections .

Leonard Thompson saw himself safely through as Arsenal claimed their first Premier League win of the season with a 3-1 victory against Watford at Vicarage Road.

4 players made it to week 3 as Leonardo Ulloa scored twice to help inspire Leicester to a comfortable 4-0 victory over Swansea at the King Power Stadium and move Claudio Ranieri’s side a step closer to the Premier League title.

Nigel Sloan and Jim Warnock booked their place in next weeks selection thanks to  Raheem Sterling double to ensure Manchester City continued their 100 per cent start to the Premier League season with a 3-1 victory over West Ham on Sunday. 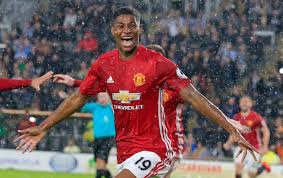 Neal keating and Paul Burns lost their places as a second-half strike from Danny Rose earned Tottenham a point against Liverpool as they drew 1-1 in the Premier League on Saturday.

Site designed and hosted by: