We had 41 players registered for the first run of the Clubs “Last Man Standing” competition this season. This means a first prize of €205.00!

Thanks for all the support given the short notice. 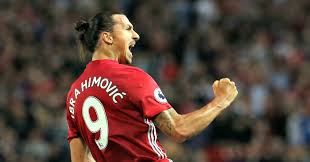 of Dreams. Ryan mcEvoy went down as Cristhian Stuani scored twice on his Premier League debut as Middlesbrough beat Sunderland in the first Wear-Tees league derby in seven and a half years.

Eleven players ended their interest in the competition as Burnley opened their Premier League account for the season as strikes from Sam Vokes and Andre Gray secured a 2-0 victory against Liverpool at Turf Moor.

David Holland, Neal keating, Aide Sharvin and Micheal Corrigan  can count themselves lucky as Diego Costa controversially struck a late winner as Chelsea came from behind to beat Watford 2-1 on Saturday.

Victor Wanyama scored a late winner on his home debut to hand Tottenham a 1-0 victory over Crystal Palace securing Dessie Rodgers, Seamus McDowell and Gerald Rogan a selection in week 2 of LMS.

Site designed and hosted by: